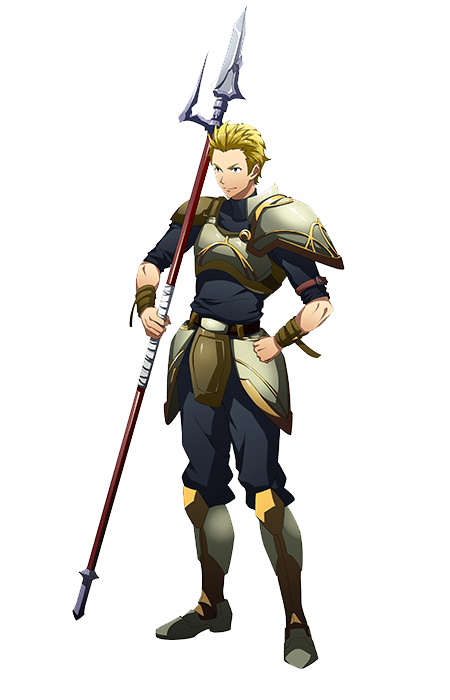 The 17-year-old guard captain who grew up with Matthew and Almeda, playing the role of a responsible big brother. Because the force of the Holy Army of the Hyborean Empire decides over his father's fate, he launches a counterattack as soon as he becomes guard captain.
Yearning to become a hero, he doesn't know where to study the secrets of battle, but he has a strange intuition for the conspiracies of Velzeria.