The Eternal Temple – Advanced Strategy for Vanquishing the White Dragon

Before we start, make sure you have the following:

For Luna, I recommend you equip her with the Twilight set, a Hydra’s Bow (20% reduced damage), Veil of Light, double 2-set bonus enchants to meet the 450+ MDEF requirement, Demon Hunter soldiers, and her Wind Spiral, Snipe, and Fusion Power skills.

You can select Lana’s equipment as you wish, as long as she has at least 650 magic attack (preferably 700+), otherwise, she won’t deal enough damage. Go with Clock for her enchantment, and equip her with Sorceress soldiers, and for her skills, take Dark Reaper,

Lightning Strike or Freeze Strike, then Summon Undead if you have transferred her to her Summoner class, as these undead minions can prevent Lana from being targeted by the boss. If your Lana doesn’t have the ability to summon, equip her with MDEF Intimidate.

There are no strict star level or INT requirements for Tiaris and Liana, which is good news if you haven’t upgraded them to a relatively high level. For Tiaris’s skills, I recommend Heal, Miracle, and ATK Blessing, and for Liana, Heal, Move Again, and Prayer.

Tiaris should equip a Warlock's Hood (50% chance to reduce MDEF by 30%, allowing Lana to deal more damage). In fact, you can consider equipping both of your healers with one of these items.

Cherie should have a Performer Mask (50% chance to reduce ATK and INT by 20%) and you can select her other equipment as you desire, with Angels as her soldiers to help with tanking damage.

As for her skills, it’s recommended that you take Wind Whisper, First Aid, and whatever you want for her final skill, as she won’t be actively attacking anyway.

Core Strategy: Taking the high MDEF of Cherie’s Angels and Luna’s MDEF aura buff into consideration, you can place them on the upper left side and upper right side, respectively. 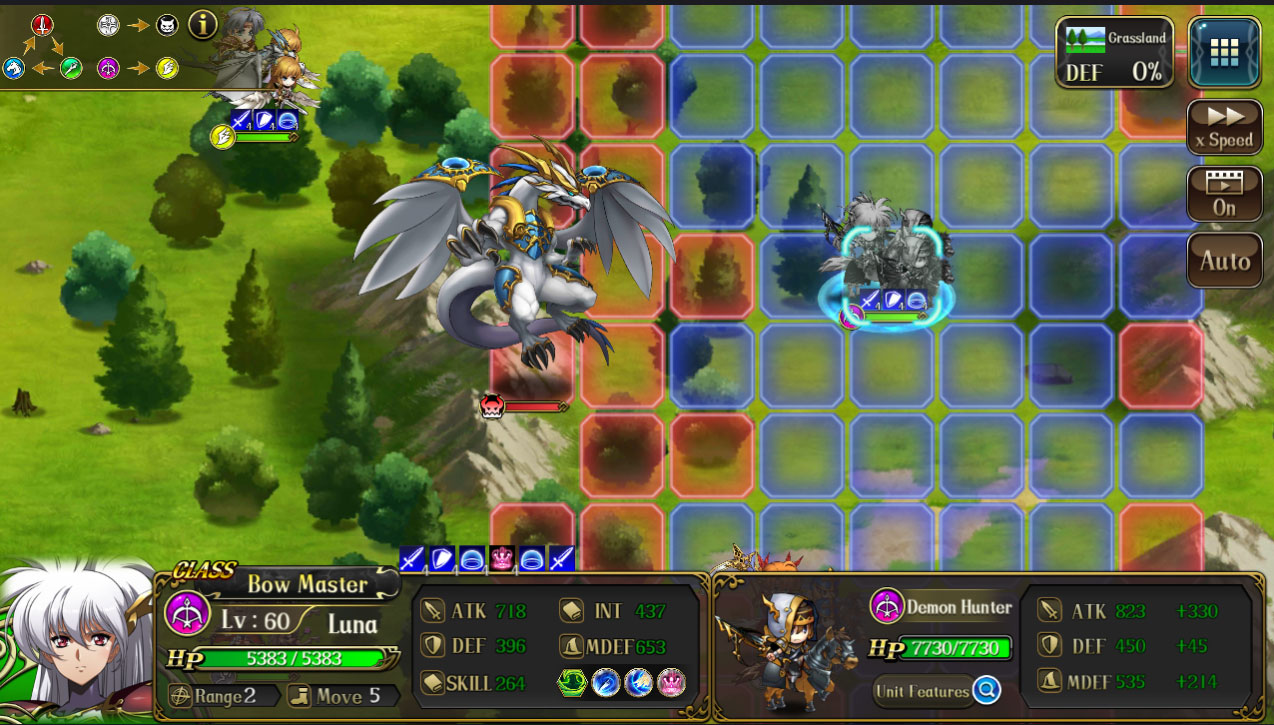 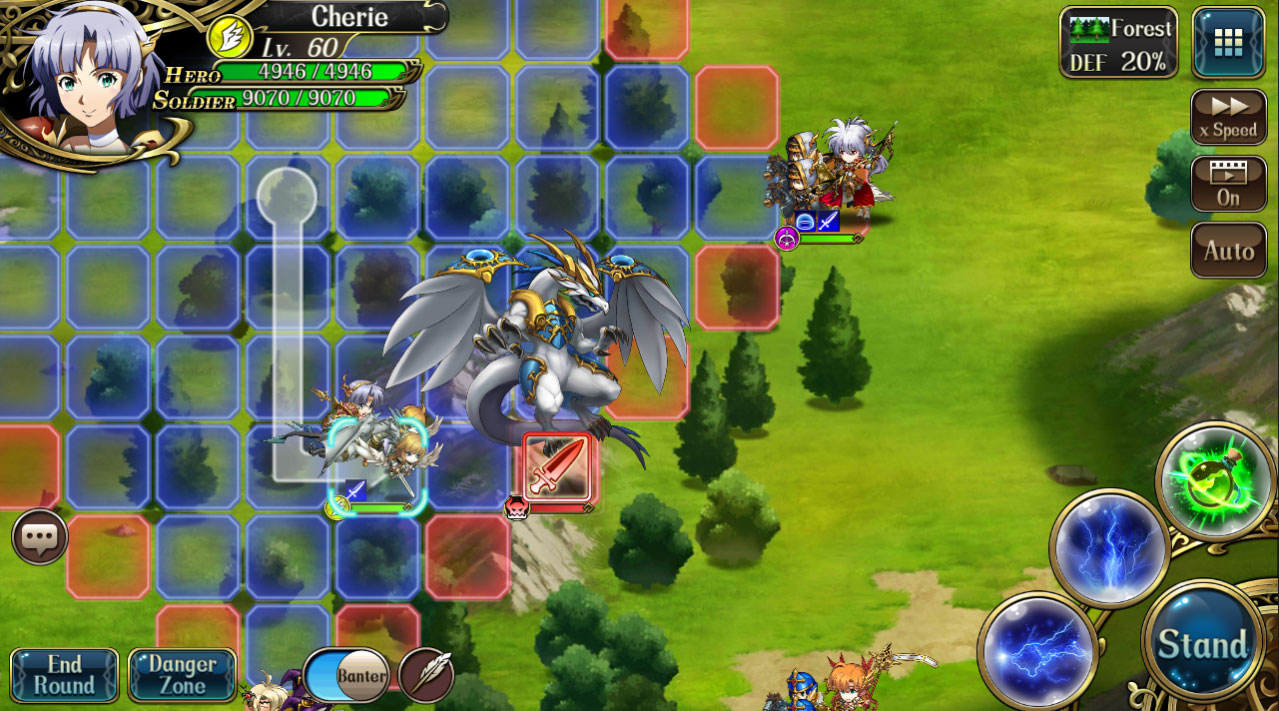 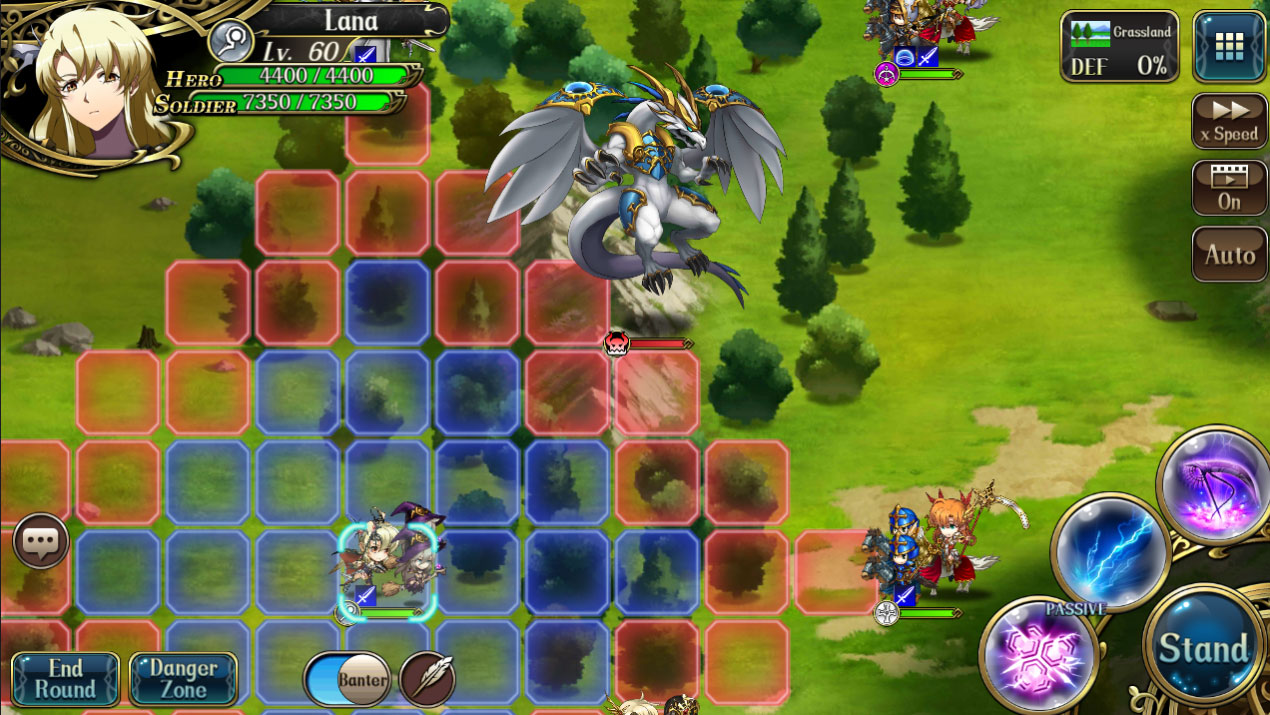 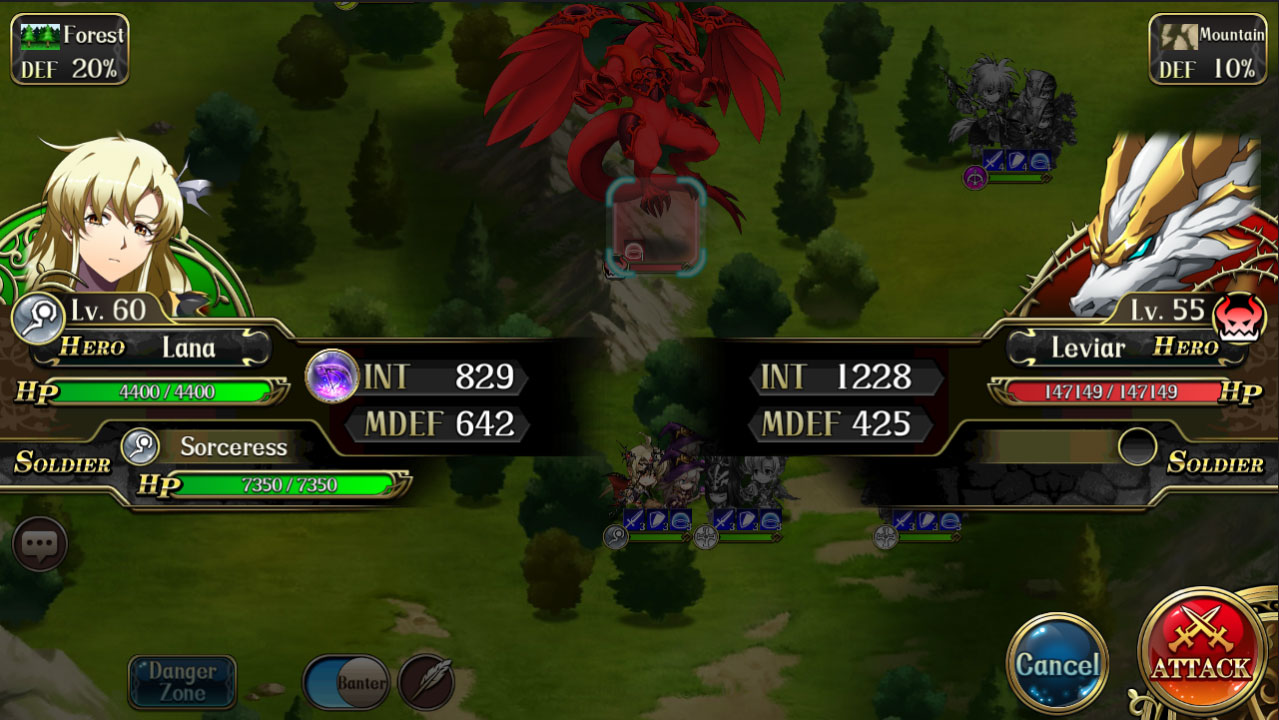 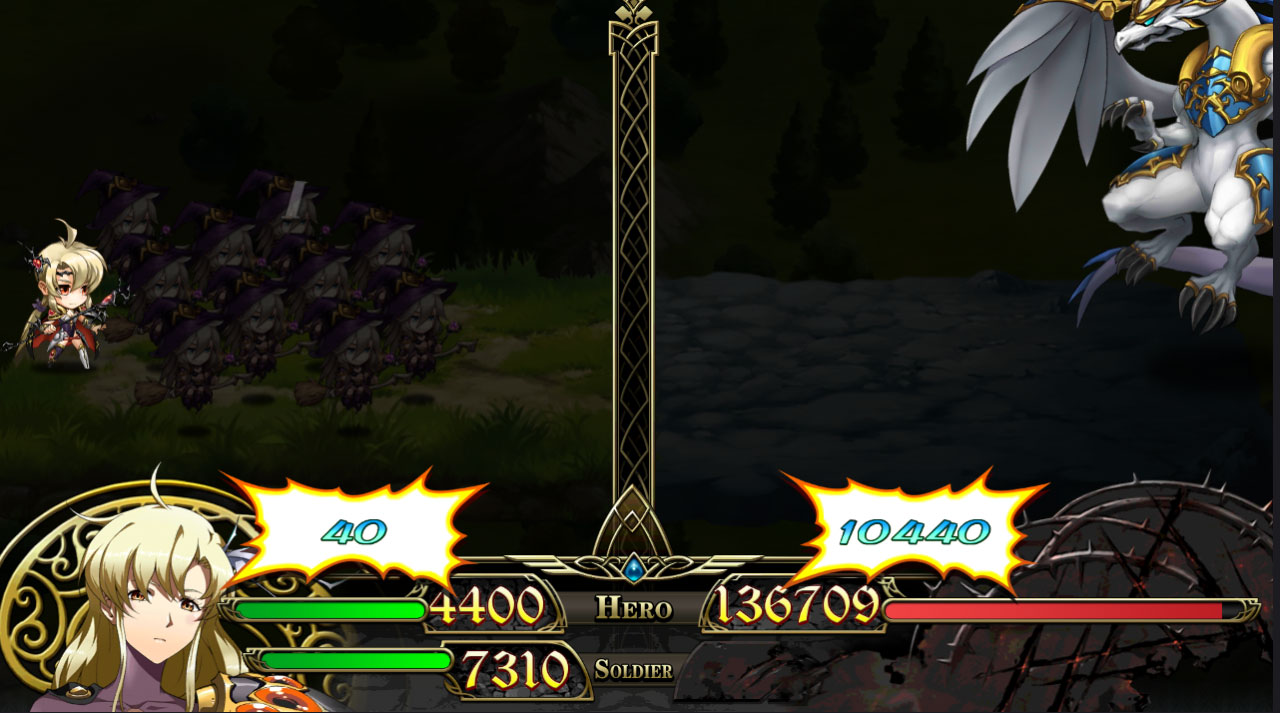 In the first round, send Cherie into the forest and use Wind Whisper. Luna can remain out of the danger zone and use Wind Spiral and her Fusion Power. Lana can use Summon Undead and move into attack range. Tiaris should give Lana ATK Blessing and Liana should cast Move Again on Lana, who should then cast Dark Reaper.

After the second round, Luna can head into the forest 2 blocks to the right of the boss. The rest of your party should enter the range of Luna’s buff aura. Luna's buff, along with Hydra's bow, will ensure that she is not killed by the boss’s ranged skills.

Cherie can stay in Luna's buff range, and with the MDEF of her Angels, she can maintain high HP to fight back against the boss. 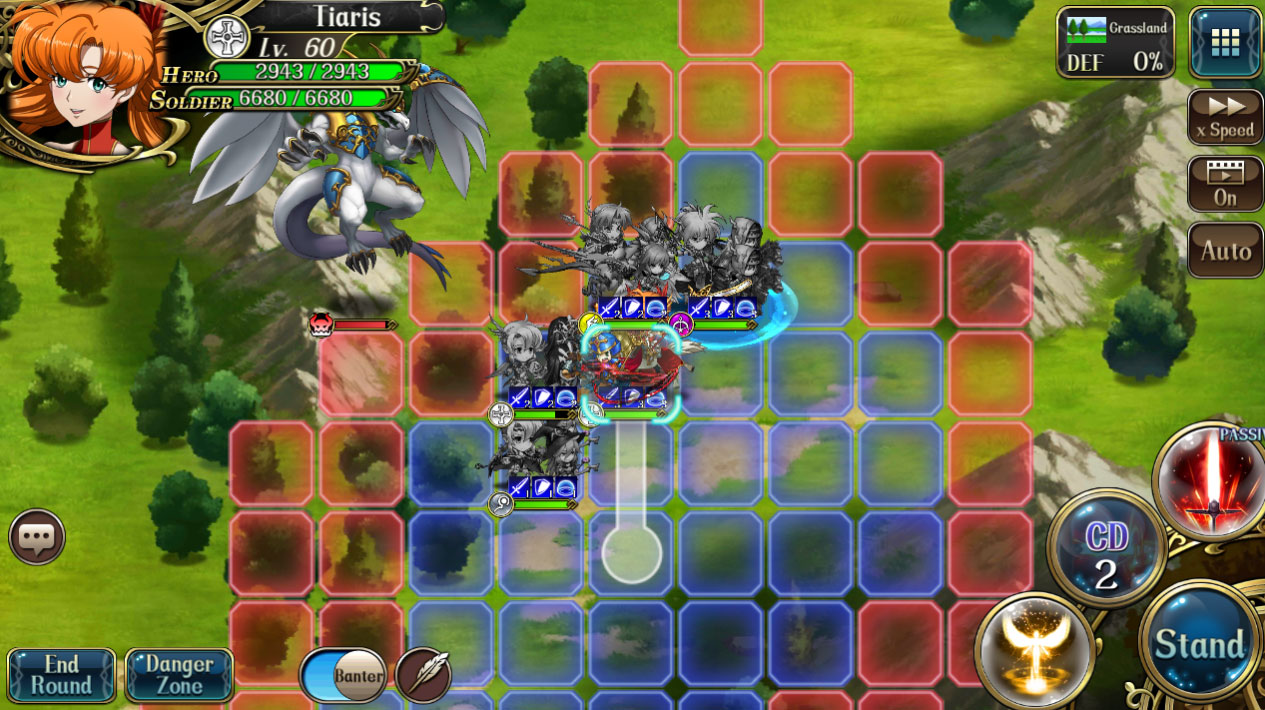