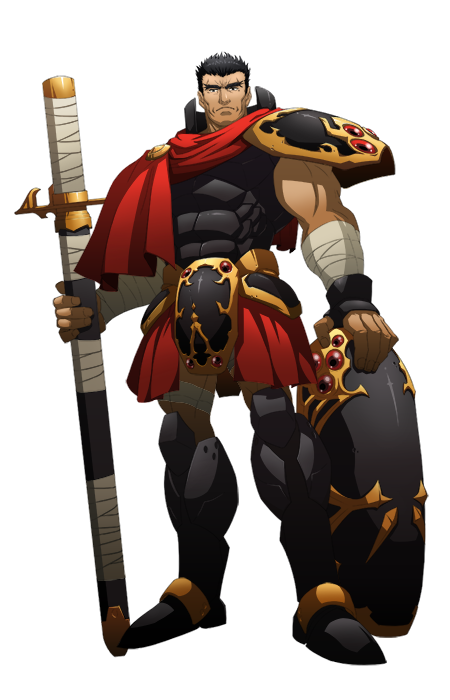 Born as a mercenary soldier, he is accepted by the ancient Barral King Wilder and conferred the title of general, while also serving as guardian of Princess Freya.
Due to opposing the suddenly mad tyranny of King Wilder, he is accused of being a traitor, and hunted down by an army led in person by Princess Freya. Driven into a corner, he instead turns towards Dieharte, becoming a partner of the national army.