During your journey through El Sallia, the time will inevitably come when you wish to prove your tactical prowess against your fellow Commanders, and the Arena is the perfect place for this.

Complete Chapter 5 of the main story.

i.) Selecting an Opponent

In the Arena, you can challenge other players' defensive teams by choosing one of three available opponents at a time. 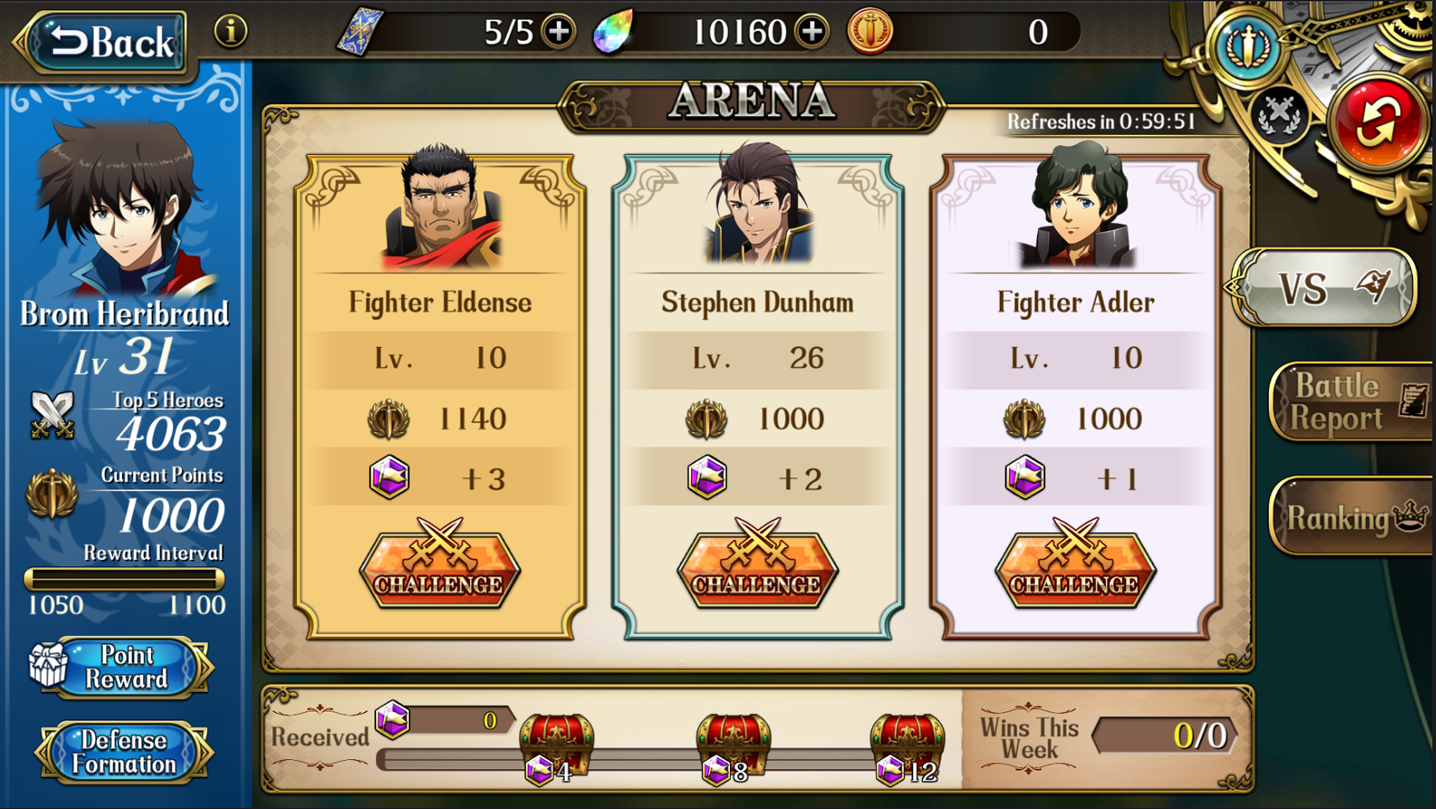 Each challenge requires a ticket, which are issued at 00:00 AM every day and can also be purchased with Trinity Crystals. If you win an Arena battle, you’ll obtain Arena Points and Victory Points, however, you’ll lose points if you fail to defeat them! If you’re brave enough, you can try using auto battle mode to fight Arena battles for double points! 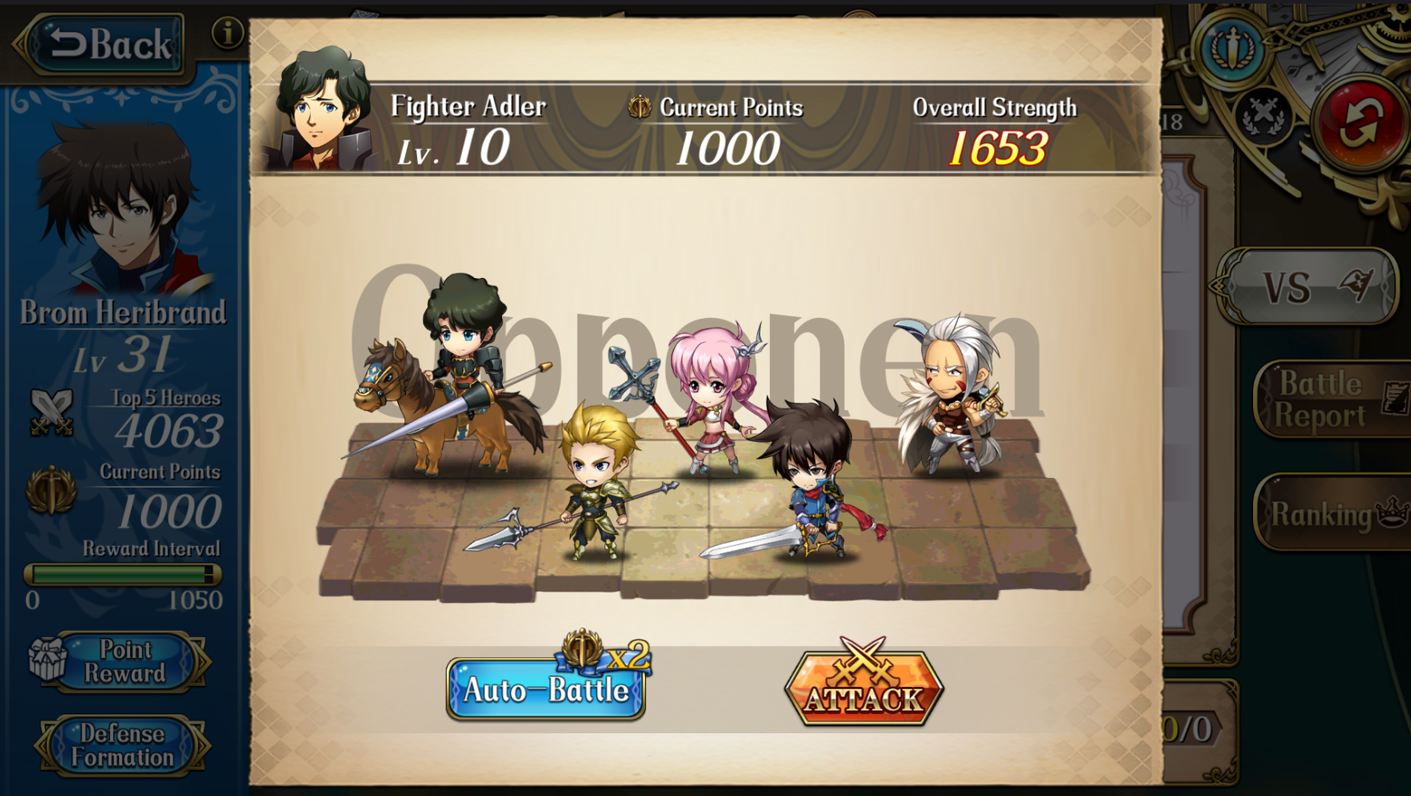 Battle reports show both your offensive and defensive battle outcomes. You can see how your points have changed and can also view battle replays. 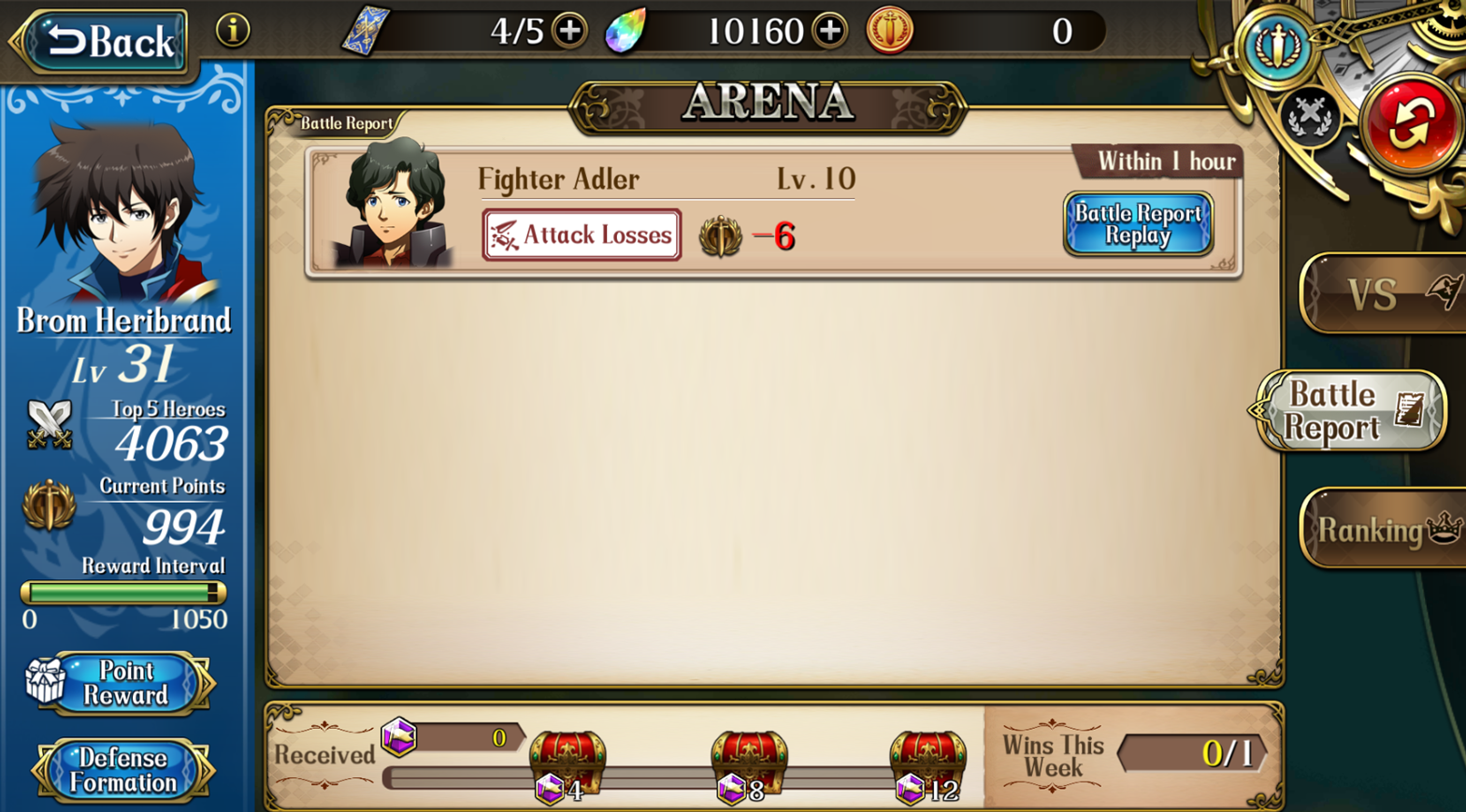 You will be given an Arena ranking according to your Arena Points. 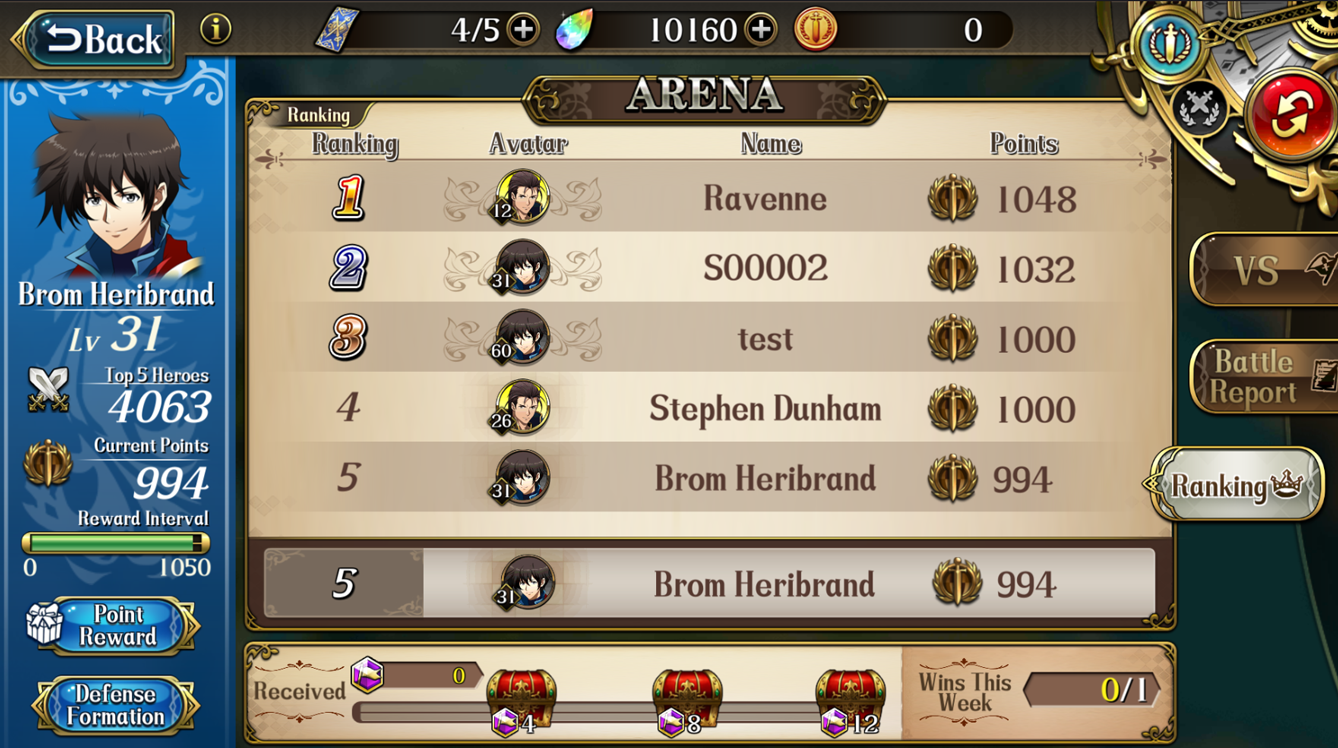 Winning Arena battles grants Arena Points, and obtaining different amounts of Arena Points will allow you to claim different rewards. Rewards are issued via mail at 22:00 PM every day. 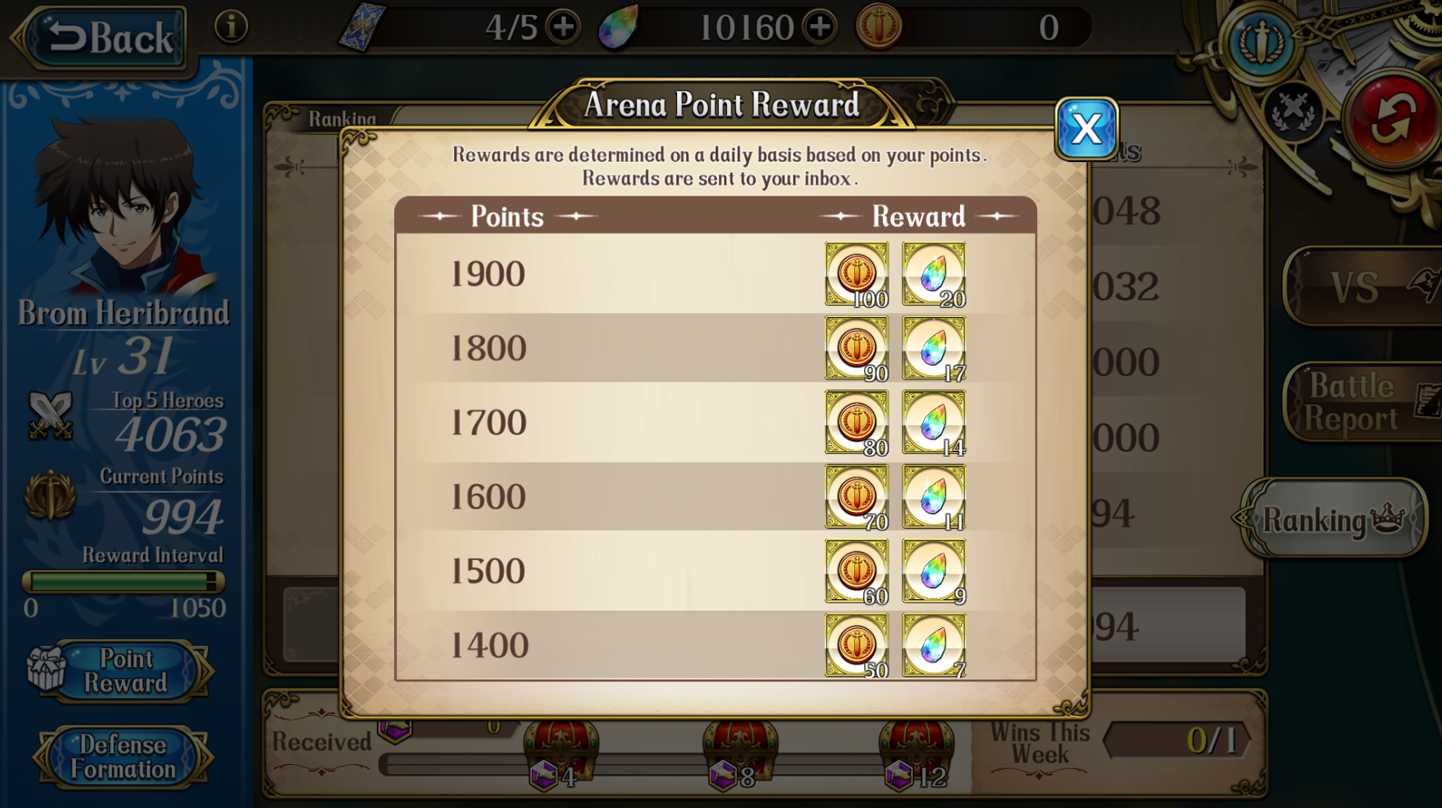 Victory Points can be obtained by winning battles. When you reach a certain number of Victory Points, you’ll be eligible to receive treasure chests (chests are refreshed every day). 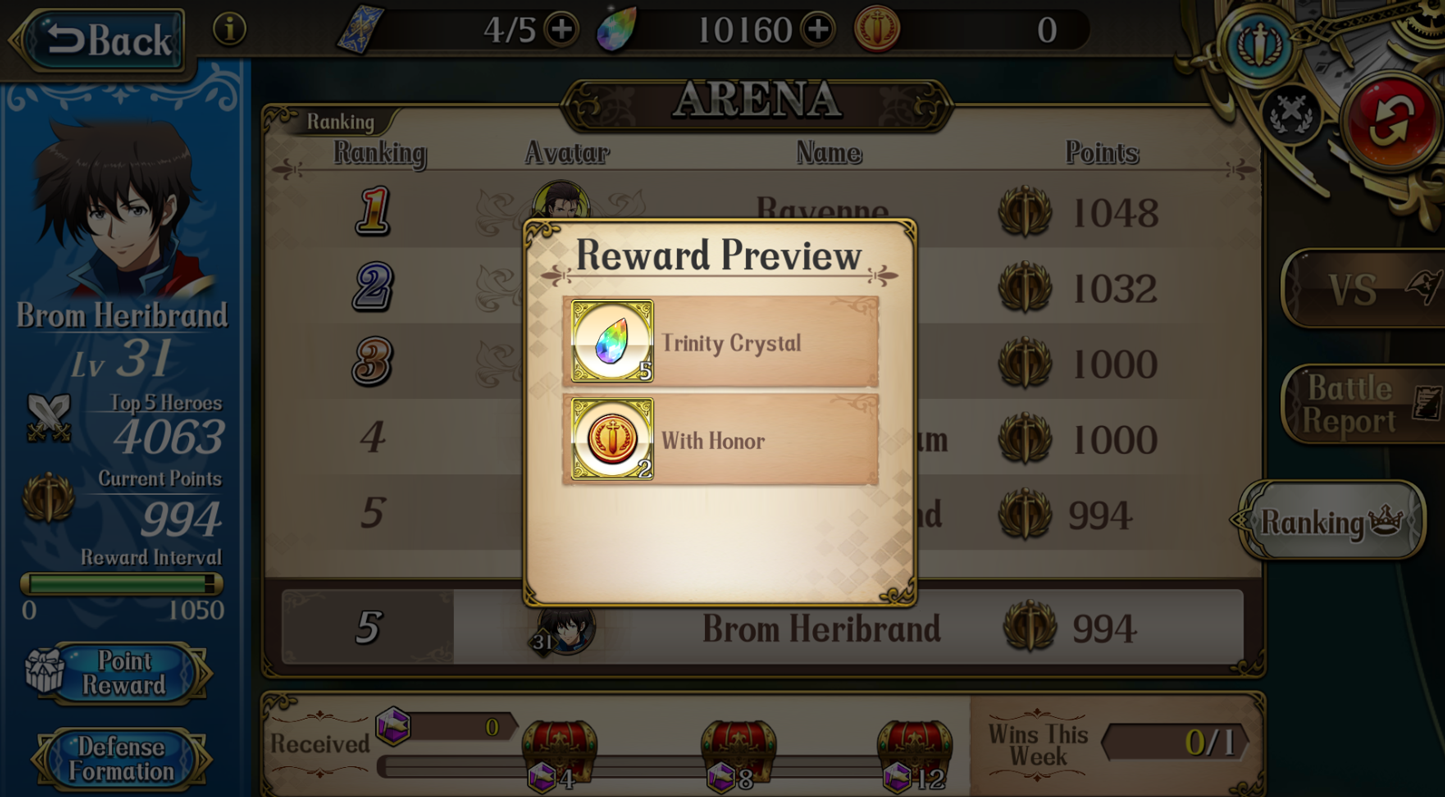 By earning Honor Point rewards, you can earn Honor Coins, which can be used to purchase items in the Honor Store.

By analyzing your performance and competitors in the Arena, you can learn about countless formations and combinations, and use this inspiration to create a unique lineup of your own!